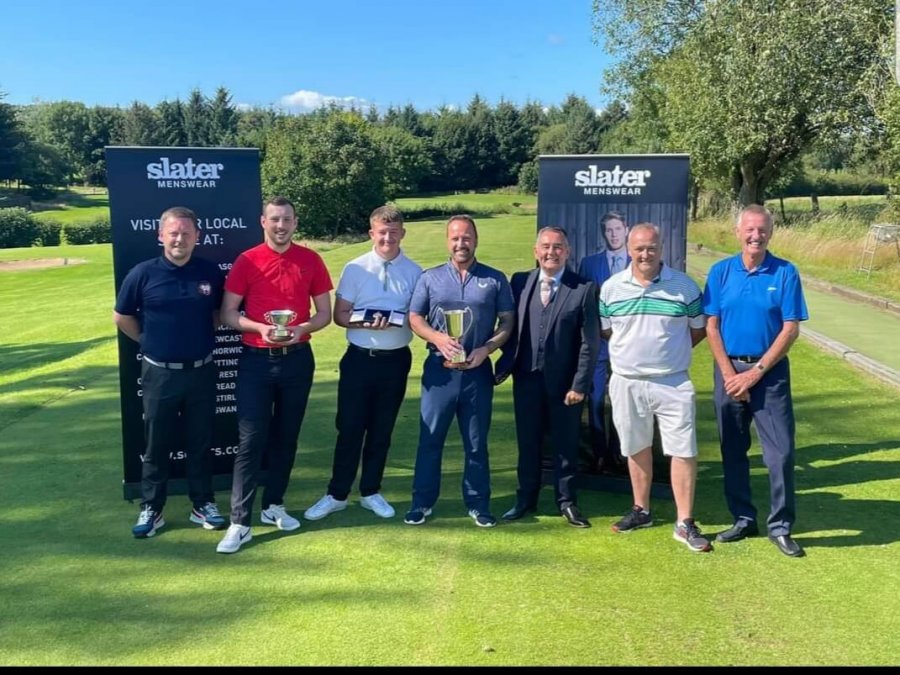 After a superb week of match play golf, our Club Championship finalists played their ties and the following prevailed.

The results were as follows;

Three new names on the relevant board, special congratulations to Dylan Scally at 16 years of age the Youngest Club Champion ever.

Commiserations to the runner ups but tribute in producing some great golf to get to the finals!

Thanks to all who watched and supported the games, the referees, green keepers, and bar and catering staff who all helped in making the day a success.

Also a special thank you once again to Jack Blades, representative of our championships sponsor, Slaters menswear Ayr.